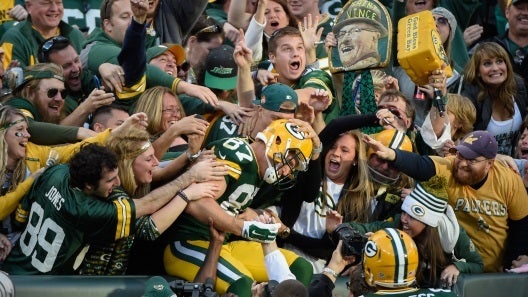 Given that Fantasy Daddy Kent had to do without the services of star running back Adrian Peterson, Coach Jacob Kent has to be extra happy with the final result this week. In the only close game this week, Fantasy Daddy Kent just barely got past RotoInfo.comPichanNomad, winning 133.84 to 129.96. The game evens up both teams’ records at 1 – 1.

It’s not that hard to win when you have the league’s top performer for the week, and Jordy Nelson was that player. Fantasy Daddy Kent relied heavily on Nelson, who dropped 35.9 points. He was targeted 16 times and brought down a career high 209 receiving yards.

Coach Kent’s lineup decisions were critical to this week’s success. They left Greg Jennings and his 13.1 expected points on the bench, favoring Matt Asiata (8.9 points expected).

This great decision boosted Fantasy Daddy Kent’s final score by 18 points, which was the difference in the game. Putting Asiata in the staring lineup also gained more points than any other coaching move this week, making it the Volkswagen Start of the Week.