Start Andrew Luck QB Indianapolis Colts Luck has been the model of consistency so far this season, averaging 18 points a game through the first three weeks. Last week, even though he didn’t pass for a touchdown, he did manage to walk in on a bootleg late in the game. Now Luck has a welcome

Week 4 had some big games and some poor games (like every week) that could have and probably did decide your fantasy head to head last ...Full Article

Football season is rocking and rolling again folks and there was some beauty games in week 1.  Julio Jones didn’t disappoint and the Falcons ...Full Article 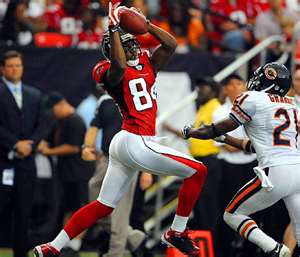 Target Practice is a list of Fantasy Football players that had at least eight passes ...Full Article