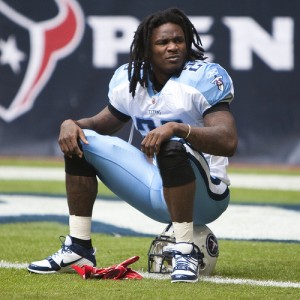 Running the football is still important in the NFL, just not as important as it used to be. That being said, the running back position in fantasy football is hugely important, and here’s how they stacked up against each other.

Marshawn Lynch, Seattle Seahawks (24 points): A huge day for Beast Mode, and in a run-first offense, games like this may continue.

Le’Veon Bell, Pittsburgh Steelers (24 points): Bell ran for 109 yards on 21 carries, but was also targeted 7 times, with 6 catches for 88 yards. His value is boosted by his pass catching skills, which may come and go.

Knowshon Moreno, Miami Dolphins (19 points): He gashed the Patriots defense for 134 yards and a score and faces an average Bills defense in week two. He starts on your team again.

Mark Ingram, New Orleans Saints (18 points): Ingram only ran for 60 yards, but he scored twice. If he keeps getting goal-line touches, he’s at least a flex play.

DeMarco Murray, Dallas Cowboys (17 points): Murray looked good once again, and should continue to get the ball going forward.

Matt Forte, Chicago Bears (16 points): Forte is a good dual-threat running back who will touch the ball a lot the rest of the season.

Chris Ivory, NY Jets (16 points): Ivory ran for over 100 yards and a score, but his timeshare duties makes him a low-end RB2 or a high-end flex play.

Rashad Jennings, NY Giants (15 points): Jennings ran for a score, but had less than 100 yards of total offense. His value is tied to the Giants giving him the ball at the goal line.

Isaiah Crowell, Cleveland Browns (15 points): he only gained 30 yards, but he scored twice. If he keeps the scoring up, he could become a good RB2 play.

Darren Sproles, Philadelphia Eagles (14 points): Sproles had 15 touches against the Jags, and if that continues, he is definitely worthy of a flex play or RB2 play.

Chris Johnson, NY Jets (14 points): The Jets have a good one-two punch in Johnson and Ivory, but that may limit one of them, even though that didn’t happen in week one.

Justin Forsett, Baltimore Ravens (14 points): With Ray Rice gone and Bernard Pierce just being bad, Forsett seems to be the guy for the Ravens. He is definitely worth a pickup and stash on a roster.

Montee Ball, Denver Broncos (13 points): Ball averaged less than 3 yards per carry against the Colts. He will need to do better in the coming weeks.

CJ Spiller, Buffalo Bills (12 points): Spiller is a dual-threat guy, but he also has timeshare duties with Fred Jackson. Spiller is a medium RB2 or flex play, but not much more than that.

Ryan Mathews, San Diego Chargers (12 points): Mathews only had 14 touches on Monday night, and that should increase throughout the year.

Shane Vereen, New England Patriots (12 points): Vereen looked decent against the Dolphins, but not great. He still should start as a low-end RB2 or flex play.

Antone Smith, Atlanta Falcons (11 points): He’s only here because he had one catch for 54 yards and a score. Don’t read much in to that.

Joique Bell, Detroit Lions (11 points): Bell looked good against the Giants, but only 16 touches means he’s only a low-end RB2 or flex play.

Carlos Hyde, San Francisco 49ers (11 points): Hyde looks like the real deal, and if Frank Gore gets injured, will fill in nicely. Hyde is someone you want on your roster.

Lamar Miller, Miami Dolphins (10 points): 11 carries for 59 yards is promising for the speedster, as is his 4 catches for 19 yards and touchdown. He would have had more points if it wasn’t for a lost fumble.

Giovani Bernard, Cincinnati Bengals (10 points): Bernard had 20 touches for more than 100 yards. The touchdowns will come, so this is an average performance for him.

Terrance West, Cleveland Browns (10 points): 16 carries shows that the Browns are willing to give West the ball, and 100 yards shows that West is a good runner who should get the ball more. Pick him up if he’s available.

Arian Foster, Houston Texans (9 points): Foster had 29 touches in week one for 120 total yards. I’m putting him in tier three because of a lost fumble. If he doesn’t fumble, he has a solid week one.

Alfred Morris, Washington Redskins (9 points): Morris could have had more points had the Skins decided to give him the ball at the goal line instead of Darrell Young.

Adrian Peterson, Minnesota Vikings (8 points): Peterson will get his carries, but he needs to run better, simple as that.

Stepfan Taylor, Arizona Cardinals (8 points): Taylor may be worth a pick up while Andre Ellington is banged up.

DeAngelo Williams, Carolina Panthers (7 points): Williams may be worth a pickup. He ran for 72 yards on only 14 carries, and with a banged up Cam Newton coming back, the Panthers may want to shift the load to Williams instead of Newton.

Fred Jackson, Buffalo Bills (7 points): Jackson may be worth a flex play because he could get some goal line carries instead of CJ Spiller.

Shonn Greene, Tennessee Titans (7 points): Another sleeper guy here, as he ran for 71 yards on only 15 carries.

Frank Gore, San Francisco 49ers (6 points): Gore ran well, with 16 carries for 66 yards, but the red zone carries were given to Carlos Hyde. Still start Gore, but be wary of the carries near the end zone.